Stella Carol Montgomery McLellan (Carol) entered Heaven’s Gates on Sunday, May 17, 2020 at the well-earned age of 89 years. Her family rejoices with her as she is healed and now reunited with her husband and love of her life, Reedy McLellan, Sr., her parents Stella Carroll Montgomery and Herbert Johnson Montgomery and other beloved friends and relatives who died in Christ before her.
Carol was born on April 14, 1931 at her family home in Durant, MS. That home, built by her paternal grandfather in the early 1900s, was home to Carol for most of her life. She and her younger sister, Liz, grew up there with their father, who was a postman, and mother, who was an educator. Carol met her love, Reedy, in Durant, and before they finished at Durant High School, they were married. Carol brought the stabilizing consistency that made life with Reedy and his many wild dreams possible. Carol and Reedy worked hard and loved each other deeply. After ventures in several other Southern states, Carol and Reedy settled back into her family home in Durant in 1967 where she lived until she was 84.
Carol and Reedy were business owners in Durant for many years. They owned Carol’s Fashion Hut, a women’s clothing store, and Seven Oaks Nursery.  Prior to those ventures, Carol held many other jobs, most notably making and selling her famous yeast rolls, and hosting a radio show in Bay Minette, AL. Her favorite job, however, was as a church secretary in Breman, GA. She loved seeing the inner workings of the church and aiding in ministering to the community. She even once talked a man down from harming himself when he called the church office while the pastor was out to lunch. She recalled that all she knew to do was to keep talking to him. “I knew I couldn’t let him get off the phone with me. We talked about everything: his family, my family, the weather, anything to keep him on the phone.”
Good conversation with honest and interesting people was what Carol loved. She was always around, but never sought attention. She held her own in a discussion, yet was not one to pontificate. She loved plants. And reading. And chatting with customers. She made the best boiled custard, and yeast rolls, and chess pie, and dressing. Carol was quiet, witty, diligent, practical, shrewd, and put on no aires. She was very interested in people but never too impressed by “people’s o’ things”. Perhaps the best descriptor of Carol was “servant”. She faithfully cared for Reedy as his health declined for many years later in life. After he passed, she quickly started preparing meals to bring to sick or shut in people around town that she “just hadn’t gotten over to see yet”.
She is survived by her sister Elizabeth Montgomery Lacey, her sons, Reedy E. McLellan, Jr. (Maria), and David M. McLellan (Elizabeth), and daughter Tina McLellan Hester (Lamar). She was “Mamoo” to 11 grandchildren: Cory (Pam), Golda, Ivy, Christian, Sarah Beth (Bill), Liza, Laura (Dan), Matthew, Anna (Jeff), Emily (David), Will (Anna), and 13 great grandchildren.
The immediate family will have a private graveside service in Durant at a later date.
Donations may be made to the Palmer Home for Children or French Camp Academy in her memory. 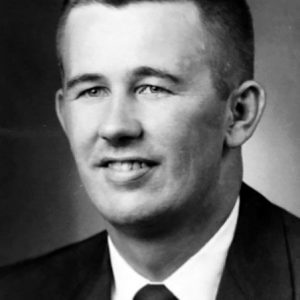