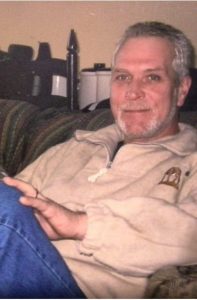 On January 12, 2022, Earth lost a witty and charismatic soul, whose antics entertained a host of relatives and friends for decades. Homer Gaddy Terry, Jr., age 71, or “Gebe” as everyone knew him, succumbed at home to a relatively short recurrence of cancer. He was born on May 27, 1950, in Lexington, MS, to Homer G. Terry, Sr., and Arvile Nellie (Webb) Terry. Though Gebe is no longer here, he lives on in the hearts and memories of all who knew him; and he waits at the bridge for them to join him.
Gebe grew up in Durant, MS, and graduated from DHS and Holmes Community College. Various career choices took him to sites around the South: off-shore drilling, furniture manufacturing, MS Highway Department; but he always returned to his native Mississippi where he maintained lifelong friends. Gebe was the ultimate naturalist as evidenced by his love of hunting and fishing and desire to keep nature as he found it. Perhaps, he was the ultimate party-goer as well. In his eyes, taking a drink from the fridge, meant replacing it with another like beverage. He attended BBQ contests to cheer for his brother-in-law, and sporting events to cheer every Fall for the New Orleans Saints and the MSU Bulldogs. Gebe had a really “big time,” and he made sure that others did, too. But underneath this cover of nonchalance and foolery, was a very sensitive and caring person who loved animals and often adopted stray dogs and cats. He was like a beloved brother to his best friend’s youngest sister. Gebe was very intelligent, loved to read, and had a passion for history; it has been said that he missed his calling to be a history teacher which would have had him following the footsteps of generations of his relatives.
The love of Gebe’s life, as well as his best friend and confidante, is Helen Stewart Terry. She remained steadfast and true to him until the end. Their final home was in the peaceful pastoral community of Why Not, MS, just east of Meridian. Here, both shared their love of nature and animals and genuine country living.
Preceding Gebe in death, in addition to his parents, are Harry Stewart, father-in-law; Edith Stewart, mother-in-law; sons Kenneth Terry and Matthew Terry; brothers-in-law Harry Paul Stewart and Mike Bohall.
In addition to his wife, Gebe is survived by sons, Gaddy Terry, Walker, Lousiana; Webb Terry, Belzoni, MS; sister Becky Terry Slaten (Chuck), Seguin, TX; sister-in-law, Susan Stewart Bohall, Denham Springs, Louisiana; brother-in-law, Lee Stewart (MC), Columbiana, Alabama; his beloved Razr, three dogs, and two cats; eight nieces and nephews; numerous cousins, and a myriad of friends.
A private memorial service will be held at a later date at Lake Bob in Holmes County, Mississippi.
Memorial donations may be made to the Jennifer Sterling Brown Animal Rescue (JSBAR) P.O. Box 398 in Lexington, MS, or St. Jude Children’s Research Hospital 262 Danny Thomas Place in Memphis, Tennessee.