Richard West
b.1903-d.1995
Richard West was born the fifth child of Frank and Mandy West in 1903. Richard worked alongside his parents and siblings, farming the same land his ancestors were enslaved on.
Always striving to better his circumstances, Richard taught himself to read and write. He became part of the mass exodus known as the Great Migration. Moving to Chicago, Richard worked as a Pullman Porter in the 1930s, eventually earning enough money to bring his son Jonathan to Chicago as well. When Jonathan was accepted to Tuskegee University to study engineering, the first member of Richard’s family to attend college, Richard returned home to his beloved Mississippi.
After his divorce from his first wife Minnie, Richard remarried Neva Woods. Richard and Neva shared a passion for learning and a strong work ethic. Neva was a loving and supportive partner, sharing Richard’s passion for civil rights work.
Establishing himself as part of the vibrant Greenwood, MS business community, Richard opened a successful service station in 1948. He also became deeply involved in the burgeoning civil rights movement. Richard successfully registered to vote without White sponsorship and led a campaign in Greenwood to get other Black members of the community to pay their poll tax and vote. An early member of the Greenwood NAACP, Richard worked alongside Medgar Evers and Louie Redd with whom he organized the first Black Boy Scout troop in Greenwood.
When Emmett Till went missing, Richard returned to the cotton fields to aid in the search. Richard and Neva, along with Richard’s mother, were in attendance at Emmett Till’s funeral.
Richard’s civil rights activities led to his name being circulated on a KKK list of people to be killed. Others on the list included T. R. M. Howard, Medgar Evers and the Reverend George Lee. Eventually Richard and Neva left Mississippi, moving to California where Jonathan now lived.
Richard continued his life of service and civil rights activism in Sacramento, where he was active in creating a job development center. He served on the boards of several organizations supporting employment for Black men and youth. In 1968 Richard West, president of the Oak Park Neighborhood Council, was named “Outstanding Citizen of the Year” by the Sacramento chapter of Omega Psi Phi fraternity.
But Richard could not stay away from Mississippi for long. He and Neva eventually returned to his hometown of West, MS, where he served as an Alderman and eventually as mayor of the community he held so dear. Richard believed with all his heart in a better south and worked tirelessly to create a community that “The young people will return to and invest in.”
Richard’s incredible legacy has been documented in several books, including, I’ve Got the Light of Freedom, by Charles M. Payne.
His two granddaughters, Neva West and Wendy (David) Schwartz and two great grandchildren, Jacqueline Schwartz and Satchel Schwartz, survive Richard, each of whom continues to embrace his legacy of learning, service, and activism.
His granddaughters remember with fondness his devotion to his wife Neva, his lifelong love of learning, the wonderful stories he told in his rich deep voice, and his infectious smile. 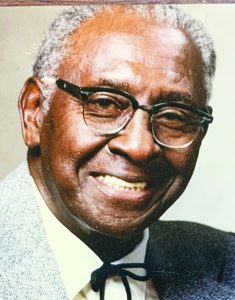