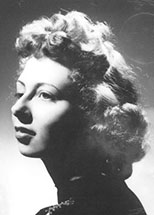 Mary Elizabeth King, age 95, died on October 10, 2022, at her home in Elkins, Arkansas. She was born on April 27, 1927 during the Great Mississippi Flood of 1927. Her family had evacuated their home in Arcola, and she was born in one of the upper floors of the local hotel in Leland, Mississippi, to John McCraw and Sloane Ryals McCraw. During her birth, her father went up and down the levee in a little row boat helping stranded survivors in whatever way he could.
Mary studied for 2 years at Texas State College for Women Daedalian in Denton, Texas (Now Texas Woman’s University). She worked as a schoolteacher in Lexington, Mississippi, where she met her husband, Dailey “Alison” King. They were married on January 1, 1953, in Lexington, Mississippi and lived in Greenville, Mississippi. After marriage, she worked at the Experiment Station, Agricultural Research Service, in Leland, Mississippi until the family moved to Lincoln, Arkansas in the late 1960s. She worked at the VA Hospital in Fayetteville, Arkansas, starting out as the secretary for Social Work Services and spent the last years of her tenure there as secretary for the Chief of Surgery before retiring in the mid-1980s.
Mary started the Johnny Appleseed 4-H Club in the mid-1970s in Lincoln and led that local chapter until 1983. She served as choir director for the Central United Methodist Church in Lincoln through the 1970s and 80s. She was also a farm wife. She and Alison raised sheep, cattle, and sometimes chinchillas, beagles, and border collies.
Mary started playing alto saxophone at age 7, and by college age in the 1940s was playing for a Big Band Jazz dance band. After retirement from Civil Service, she picked up her saxophone once again, and she and Alison spent his last years on the road going from one stage to the next where he’d sit right at the front to catch every nuance of every note she played. She played with the Bob Wills Band briefly in the 1990s, and settled in the Rio Grande Valley in south Texas, playing in jam sessions year round 2-3 times a week, sometimes more, and had a small fan following before moving back to Northwest Arkansas in 2011.
She was preceded in death by her husband, Alison King; son, Dailey Alison King, Jr.; her parents, John and Sloane McCraw, 3 siblings: John McCraw jr., Jean Porter, Margaret Mitchell and their spouses. Mary is survived by daughter, Carol Sherman and her husband Steve of Elkins, Arkansas; grandson, Luke Rylee of Fayetteville, Arkansas; daughter-in-law, Debra King of Lincoln, Arkansas; and numerous nieces and nephews.
Visitation will be on Monday, October 17, from 1:30 until funeral services at 2:00 pm at the Southern Funeral Home in Lexington, Mississippi, with burial to follow at Odd Fellows Cemetery in Lexington. To sign the online guestbook, please visit www.bernafuneralhomes.com. Arkansas arrangements are by Nelson-Berna Funeral Home in Fayetteville, Arkansas. Funeral arrangements are by Southern Funeral Home in Lexington, Mississippi.