Lieutenant Colonel (LTC) G. Torrie Jackson, Jr. graduated from the United States Army War College, June 5, 2020. LTC Jackson is an administrator in the Holmes County Consolidated School District.
LTC Jackson said, “I was honored to be selected to attend the Army War College as a resident student. …Very few Reservist are afforded the opportunity. It was a very challenging, yet enjoyable experience. In civilian education we say that people learn best with and through others. The past 10 months I spent at the Army War College truly validated that. At this point I believe that my military and civilian (education and law enforcement) experiences have prepared me handle anything that life sends my way!”
The United States Army War College (USAWC) is a U.S. Army educational institution in Carlisle, Pennsylvania. The purpose of the USAWC is to produce skilled critical thinkers and complex problem solvers. The USAWC provides graduate-level instruction to senior military officers and civilians to educate and develop them for senior leadership assignments, strategic level service and responsibilities.
It is one of the senior service colleges including the Naval War College and the Air War College. Additionally, the U.S. Department of Defense operates the National War College.
Each year, a number of Army colonels and lieutenant colonels are considered by a board for admission. Approximately 800 students are selected to attend at any one time. The Army handpicks less than 300 students to participate in the full-time resident program lasting ten months. The resident class is also comprised of officers from the other military branches, civilians from agencies such as the Department of Defense, State Department, and National Security Agency, and officers from foreign countries who attend the program as International Fellows.
Approximately 400 students attend a two-year-long distance learning program. Upon completion, the college grants its graduates a master’s degree in strategic studies.
The residential Class of 2020 had 376 students: 224 U.S. Army officers, 25 U.S. Air Force, 8 U.S. Navy, 17 U.S. Marines, 1 U.S. Coast Guard officer, 22 senior federal civilians, and 79 international officers.
LTC Jackson, his wife Dr. Debra Mays-Jackson, and their sons Cameron and Kendall live in Terry, MS.

Mississippi governor extends mask mandate for most of state 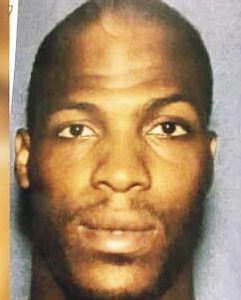